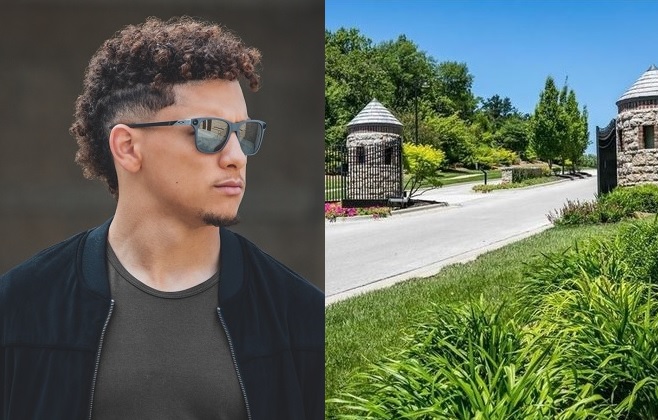 Patrick Mahomes with his 10-year contract that has a value of $503 million, has made it obvious that he is going to be around Kansas City “for a few years,” so he’s putting down some roots. He’s bought a “plot of land” in the area, where he is going to build a house.

Following this nugget of information, an 8-acre lot has been tracked down in the gated country club community of Loch Lloyd. The private community is centered around a lake and a Tom Watson–designed golf course. The large, undeveloped parcel in Loch Lloyd in September 2020 is rumored to be purchsed for $400,000. Although the land is considered cheap by some people, we can only imagine what the construction costs will be for a custom-built mansion fit for the NFL’s brightest star.

READ ALSO: Mama Dog With A Broken Leg Leads Rescuers 2 Miles To Save Her Babies

While speaking on the land, Mahomes revealed some plans he had for his new establishment. “I’m going to have a half-football field so I can get some work in with some guys out there,” he said. Being a fan of basketball, he said that the house will also have a full-size court. “I’ll have a basketball court Mahomes said.

Although banned by The Kansas City Chiefs’ General Manager, who prefers Mahomes not to play basketball to avoid a potential injury. And with the amount of money the Chiefs are investing in their star quarterback, it’s no wonder they want him to be a little cautious.

Patrick Mahomes revealed that the basketball court won’t be for him. Rather, it’ll be for his kids. The quarterback and his wife Brittany Matthews have Sterling Skye already,, but are expected to still havve more kids in the future.

“That’s not for me, that’s for the kids,” the Chiefs quarterback added. Mahomes said that the new house will also be equipped with golfing amenities. A sport he likes to part-take in when free. And one that Veach doesn’t seem to have a problem with.

“It’ll have a little golf stuff out there as well,” said Mahomes.