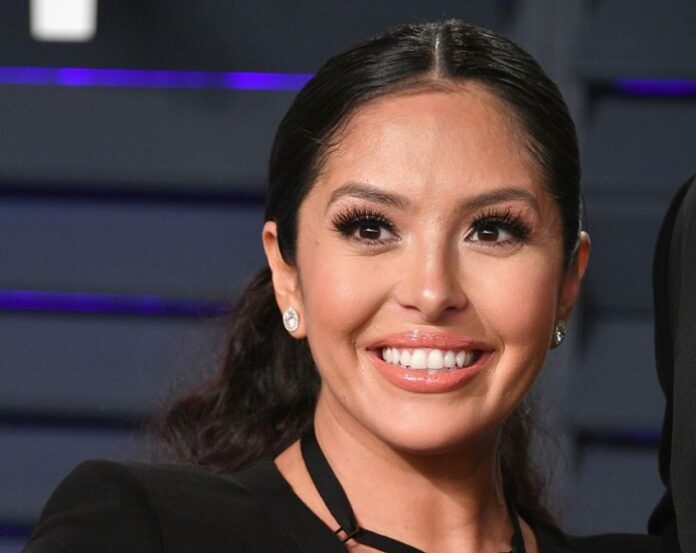 Vanessa Bryant treated her daughters to another trip to the happiest place on Earth. Only this time the Bryant ladies made their way to Disneyland in Anaheim with some friends, which included Kristin Schwarz Pelinka, who’s the wife of Los Angeles Lakers general manager, Rob Pelinka.

Over time, Disneyland has been one of the family’s favorite places to go and have fun and spend quality time together. Disneyland actually has a special place in Vanessa’s heart, considering it’s where she first met her late husband, Kobe Bryant, back in 1999, when Kobe was 20-years-old and Vanessa 17.

Like always, Vanessa documented their latest trip to the amusement park with some photos and one video that she shared on her Instagram page. The proud mom pronounced it to be ‘Disney Days’ in the caption of the first photo she posted that shows her cradling two-year-old Capri, as she took a a quick nap in between all the excitement of the rides. Vanessa kept it casual in the fashion department in a pink sweatshirt and stylish large-frame sunglasses, while her baby girl looked super cute in a black sweatshirt while snoozing in her mom’s arms.

But, by the the time the day gave way to the night, the California native slipped on a winter puffer coat and Capri put on a green jacket, as seen in a photo of the two seemingly on a ride that was captioned, ‘Koko Bean,’ which is mom’s nickname for Capri. Minnie’ Mouse got her just due , in the flurry of posts, with a photo of the gorgeous manicured grounds that was highlighted with an image of Minnie. There was also a group photo out front of Sleeping Beauty Castle, which included Vanessa and her oldest daughter Natalia, 19, as well as Kristin Pelinka, who appears to have brought her son and daughter. Her husband, Rob, was also Kobe’s longtime agent during his playing days with the Lakers. They were so close that the Bryants even named him the godfather of their daughter Giannan, who along with her dad, were among the nine people killed in that tragic helicopter crash in January 2020. Following her mother’s lead in the fashion department, Natalia also opted to wear a puffer coat during the more chillier evening hours at the park. To cap things off, there was also quick video of the fireworks show in the skies over Disneyland, along with a photo taken at the castle, and an image of Vanessa and Kristin sharing a hug while flashing big beaming smiles. Missing from all the photos was Vanessa’ s five-year-old daughter Bianka.