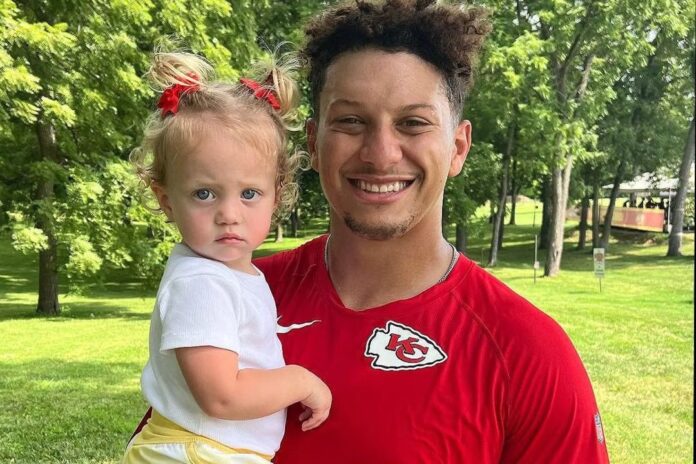 Along with his millions of fans in Kansas City and throughout the world, Patrick’s wife Brittany frequently attends games to support him. And now that their daughter Sterling is aware that her father plays football, he’ll have another supporter, according to Brittany. The athlete claimed that Sterling is aware that her father is a football player during his weekly appearance on The Drive of 610 Sports Radio Kansas City. Brittany had already told him this, the athlete claimed.

“Brittany says that she recognizes that I’m playing football, but I don’t know if she realizes exactly what’s going on,” Patrick said. “She’s definitely getting older now. She’s a kid now, she’s a toddler, not a baby anymore. It’s cool when you go home, and she recognizes you, and does what you’re asking her to do, and she’s super smart. Definitely cool to see her grow up.”

The Drive hosts also brought up his Oakley advertisement, in which he featured alongside his sister and daughter, and inquired as to what motivated him to do so.

“Oakley came to me with the idea. If I was going to put Sterling and Mia (step-sister) in a commercial, I wanted it to be powerful,” Patrick said. “I thought they had a great idea and I agreed to put them both in there. We always talk about it, but children are the future of this world.”