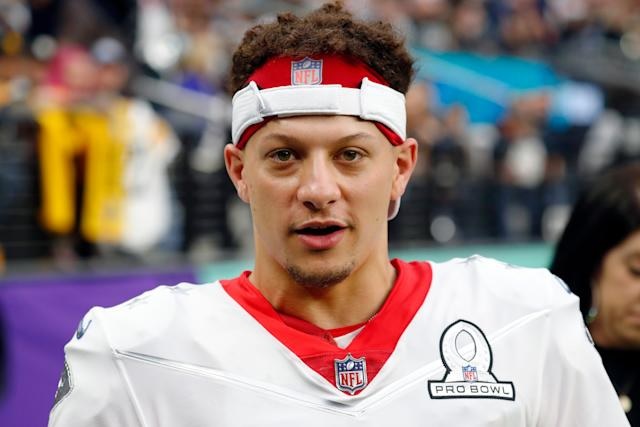 The trade of Tyreek Hill to Miami opens the door in Kansas City for a new alpha in the receiving corps. The additions of JuJu Smith-Schuster and Marquez Valdes-Scantling will help paper over the loss of the speedy Hill, but the Chiefs also need former second-round pick Mecole Hardman to make a leap in Year 4.

The only games in the past three seasons that Hill missed due to injury were early in Hardman’s rookie season (Weeks 2-5), so there isn’t a great comparison in how the former Georgia receiver has performed sans Hill in the lineup. In three seasons in K.C., Hardman has generated 1,791 yards on 126 receptions with 12 touchdowns. Last year he netted a career-high 59 catches for 693 yards with two scores.

“I think whenever Mecole has gotten opportunities in this offense, whether it was when Tyreek had to go out or he would come in and run the routes that Tyreek ran, he would make plays happen,” quarterback Patrick Mahomes said. “He made a lot of big plays in big moments, especially at the end of last season. So, for me it’s for him to just continue to be himself”. “He doesn’t have to be Tyreek Hill; he has to be Mecole Hardman, and I think Mecole Hardman can be a great player in this offense. He’s made a Pro Bowl already and I think he can keep getting better and better. Everybody puts out there he’s got to replace Tyreek. I think he can be his own player, a Pro Bowler and a great player in this offense as well. I think just him continuing to evolve, play hard and practice hard, he’ll have a great season this year.”

The additions of Smith-Schuster and MVS will help bolster the corps that lost its No. 1 receiver target. Mahomes noted that he’s already had a chance to throw with his new wideouts. “I think the biggest thing you see, actually from throwing to all these guys really, we have a lot of size in that receiving room that we haven’t necessarily had in the past,” he said. “We’ve done it different ways with speed and beating guys deep. But to have big, physical receivers that can still run and still catch the ball over the top, there have been balls that I’ve thrown out there during routes on air, I’ve thrown in high thinking it was an overthrow and those guys are catching it easy. Having that size, I think will be different. I’m excited for it and I think it will be something that will be useful for us during the season.”

With Hardman, Valdes-Scantling, Smith-Schuster and tight end Travis Kelce, the Chiefs still have the skill position players to boast a high-wire act with Mahomes at quarterback. But it lacks a true No. 1 wide receiver that defenses must prepare to take away.

“I’m very interested to see how defenses are going to play us in general because a lot of that shell coverage was because of the speed that we had on the outside,” he said. “This year we have that speed still with guys like Valdes-Scantling and (Hardman), but we also have bigger guys that can catch it over the middle with Travis obviously and JuJu and all these guys. We have a nice mixture of speed and size which I think will force defenses to not only play those deep coverages but also come up and play some man too.”