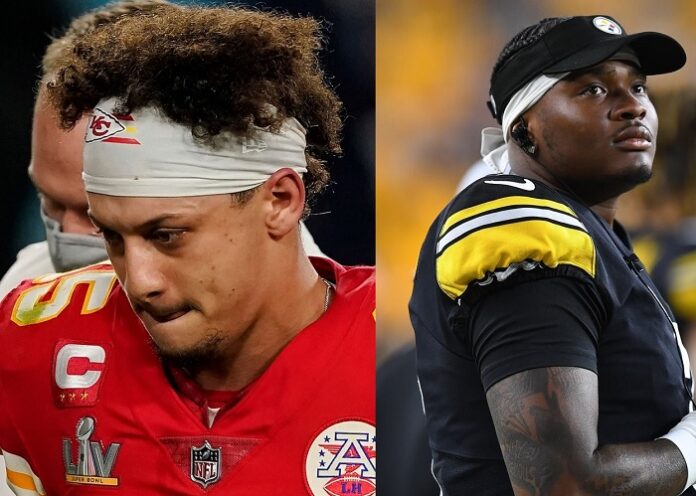 The NFL received some tragic news on Saturday, as Pittsburgh Steelers quarterback Dwayne Haskins has tragically died. Haskins, who was training in South Florida with the Steelers’ skill position players, was killed when he was struck by a vehicle. Haskins’ death has saddened the sports world and the NFL family, who reacted to the tragic news.

Some of the first to react to Haskins’ death were Kansas City Chiefs quarterback Patrick Mahomes and New Orleans Saints wide receiver Michael Thomas. Both Mahomes and Thomas reacted similarly to the rest of the sports world- speechless to the tragedy involving the former Steelers quarterback. Many of the NFL’s brightest stars were lost for words when they heard the news of Haskins’ untimely death. Arizona Cardinals quarterback Kyler Murray provided some words of wisdom in light of the tragedy, imploring his Twitter followers to “love yours while they’re here.”

RIP Dwayne Haskins.. heartbreaking… Prayers to his family & loved ones.
Love yours while they’re here!

More NFL players, including past and present Steelers teammates Eric Ebron and Diontae Johnson, also reacted to the horrible news on Haskins.

The news doesn’t even seem real. Haskins, 24, had his entire life- and NFL career ahead of him. Former Steelers teammates Joe Haden and Eric Ebron perhaps said it best.

Tell YOUR loved ONEs…. tHAT YOU LOVE THEM!!! ❤️

Dwayne Haskins’ death was a terrible loss for the Steelers, the sports world and the NFL family. Our thoughts and prayers go out to the family of Haskins.