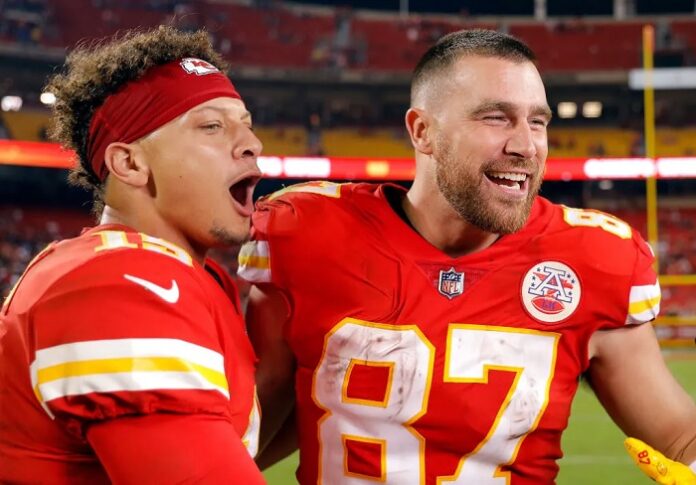 Kansas city chiefs went all out against the Titans and secured a 20-17 win. Numerous records were shattered by both teams, as Patrick Mahomes, Travis Kelce and even Derrick Henry all broken a record during the game.

Travis Kelce now has the Most career games with 100+ rec yards by a TE ALL-TIME, according to @NFLonCBS

Patrick Mahomes is officially the first player with 400+ pass yards, 60+ rush yards and rush TD in a game.

Is there anything Patrick Mahomes can’t do? #ChiefsKingdom pic.twitter.com/Bh2uOQne2r

Patrick Mahomes also came close to breaking the Most passes in a single NFL game, ended the game on 68, leaving him in third position on the list.

Most passes in a single #NFL game:

The chiefs QB also came close to breaking the Most completions in a single NFL game as they came from behind to seal the victory in OT.

Most completions in a single #NFL game: