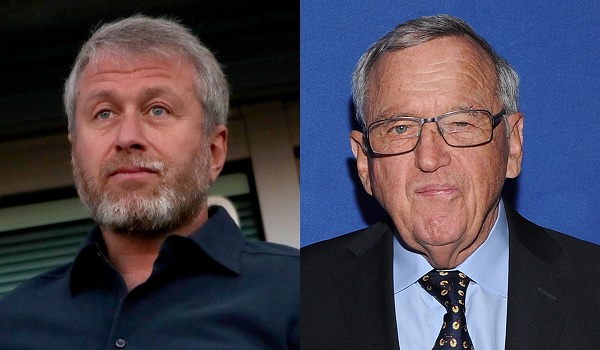 Hansjorg Wyss appears to be one of the front runners to be the next Chelsea owner after Roman Abramovich announced this week that the club was up for sale.

The Swiss and American billionaires are heading up a consortium planning to purchase the west London club from the Russian oligarch who put the club up for sale after 19 years at the helm.

Wyss has claimed that Abramovich has offered him the opportunity to purchase the west London club, amid the Russian’s decision to step back from the day-to-day running of the club. Wyss is an 86-year old entrepreneur who has never had any involvement within sport, although potential partner Boehly is the part-owner of Major League Baseball team the Los Angeles Dodgers and NBA side the Los Angeles Lakers.

Abramovich has already stated that he is prepared to wipe out the £1.5billion debt that Chelsea owe him, but he is expecting offers in the region of £3billion for the current World and European champions.

In a statement, Abramovich said: ” I have taken the decision to sell the club, as I believe this is in the best interest of the club, the fans, the employees, as well as the club’s sponsors and partners. “The sale of the club will not be fast-tracked but will follow due process. I will not be asking for any loans to be repaid. This has never been about business nor money for me, but about pure passion for the game and club. Moreover, I have instructed my team to set up a charitable foundation where all net proceeds from the sale will be donated.

The foundation will be for the benefit of all victims of the war in Ukraine. This includes providing critical funds towards the urgent and immediate needs of victims, as well as supporting the long-term work of recovery.

So if Wyss does buy the club, with Boehly, where would their wealth rank in comparison to other Premier League owners? Wyss currently holds a net worth of $5.1billion (£3.8billion) according to Forbes and is listed as the 451st wealthiest person in the world having made his fortune from the 2012 sale of his biotech business Synthes.

Boehly on the other hand is worth $6.2billion (£4.7billion), which would bring their combined wealth to around £8.5billion.

Newcastle United’s recent takeover made them the wealthiest club in England, with the Saudi Arabia Public Investment Fund worth a whopping £320billion. Some way back are Manchester City owner Sheikh Mansour on £22.9billion and then Abramovich on £9.4billion. A takeover by Wyss and Boehly would mean Chelsea would remain in third place in the wealthiest owners’ table, albeit with slightly less than Abramovich.