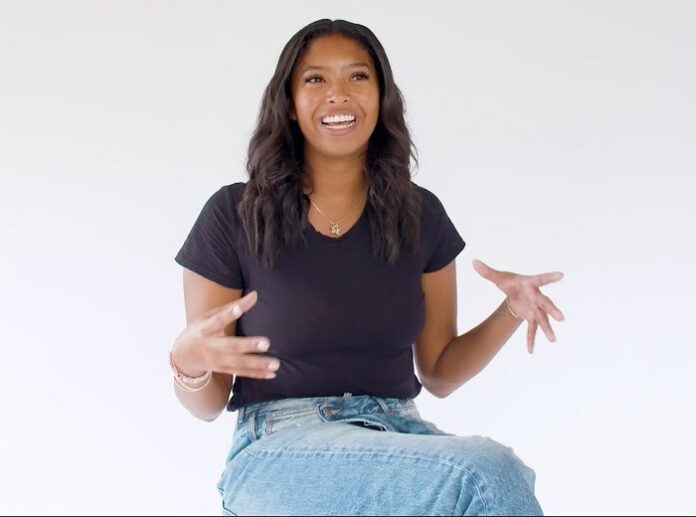 Natalia Bryant is known as a daughter and sister. But of course, she is much more than the lens she has grown under and the tragedies that have marked her life. Bryant is now carving her own path in this world — and one of her biggest steps understanding her ethnicity.

In her first major photo shoot and profile, Bryant spoke on her identity and family. Bryant is a film major at the University of Southern California and a signed IMG model. With more clarity in her direction, she’s also getting to understand more about her mixed identity. “I’m biracial,” Bryant shared about being Blaxican (Bryant’s mother, Vanessa Bryant, is of Mexican descent). “When I was younger, I didn’t really understand… how I’m both. As I got older, I was able to understand.” Bryant actually grew up with her late father working on his Spanish-speaking skills often. Before his passing, Kobe Bryant credited 2005’s telenovela La Madrastra and the legendary Sabado Gigante with improving his fluency. When asked by Univision how he first learned the language, he proudly replied, “Watching novelas with my wife, Vanessa, and with my mother-in-law as well.” This cover is only one of many the things coming for Bryant, and she’s keeping her head up high as she honors her father and sister in her journey. “You do the best that you can,” she says when asked how her family’s doing. “[For] my little sisters [we’re] trying to keep that memory for them. And also just trying to remember to live out every day the way they would.”