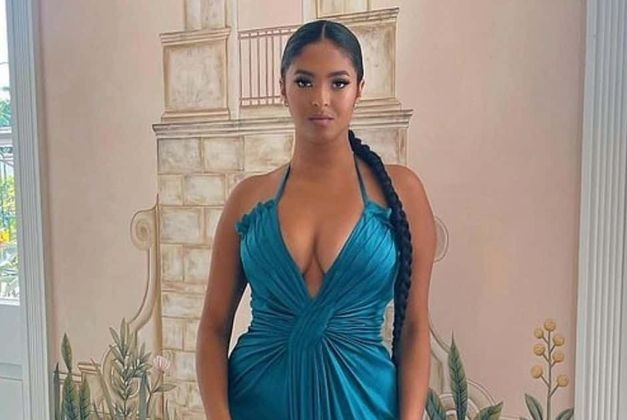 According to court documents, the late Kobe Bryant’s daughter has filed a restraining order against a 32-year-old Sun Valley man, saying he has been following her since she was a teenager.

Natalia Bryant, 19, claims Dwayne Kemp began harassing her online in 2020, when she was 17 and a senior at Sage Hill School in Newport Coast. Bryant’s request for a temporary restraining order in Los Angeles County Superior Court describes Kemp as a weapons aficionado.

According to the complaint, Bryant’s counsel supplied images from Kemp’s social media account, including an image of Kemp purchasing a weapon a few days after he attempted to locate Bryant this month at USC, where she is a sophomore student.

While Bryant claims she has never met Kemp, he began messaging her on Instagram at the age of 30 and spoke to her as if they were in a relationship. He texted her kissing face and heart emoticons and threatened to meet her at her sorority home and on the USC campus.

Bryant alleges Kemp’s tactics have worsened, and she is frightened he is looking for her. Bryant stated in her filing, “I do not feel secure.”

Kemp’s attorney claims Kemp has been attempting to contact Bryant for several years in order to confess his unrequited love. The complaint includes several examples of his Instagram messages. Kemp wrote to Bryant in February 2021, “Im Coming To Visit Soon.”

In other texts, he requested reconciliation, as though the two had been intimately linked and had a falling out. According to the complaint, he informed her that he intended to produce a kid with her who would look just like her father.

Kemp had been arrested at least four times for offenses, including one involving a pistol, and Bryant’s attorneys believe Kemp is wanted on many warrants. According to the petition, Kemp has at least one registered handgun that is presently in police possession.

ENTERTAINMENT Ryan McCarthy - December 6, 2022 0
According to court documents, the late Kobe Bryant's daughter has filed a restraining order against a 32-year-old Sun Valley man, saying he has been...

ENTERTAINMENT Ryan McCarthy - December 6, 2022 0
Vanessa sent a touching birthday message to the 6-year-old, whom she shares with the late Kobe Bryant, along with a series of photos from...