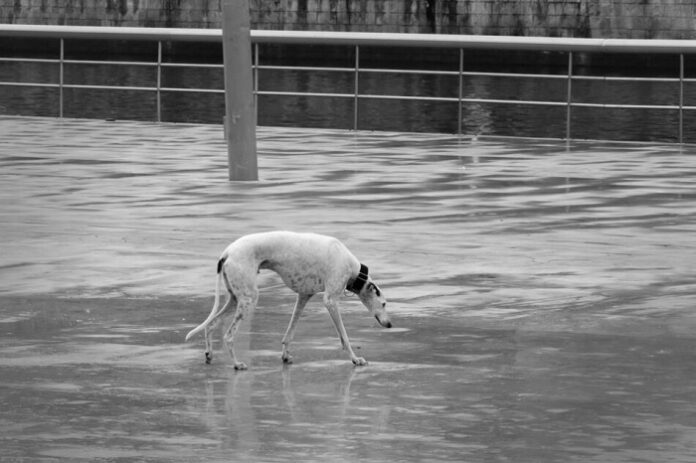 Most mothers have an unconditional love for their children and would do anything for them. One dog proved that a mother’s love knows no boundaries. An injured stray Greyhound with a broken leg was found limping around, and rescuers soon realized what she was fighting to live.

The mama dog, now named Vera, was in horrible shape. Aside from her broken leg, she was also starving and extremely emaciated. Veterinarian Ellen Sobry, who met Vera after her friend, Lianne, found her looking for food near a market in Vera, Spain, noticed that Vera was lactating. She knew instantly that Vera had a litter of puppies somewhere. The first thing they did was take care of Vera’s injured leg, then they went back to where Vera was found, hoping that she would lead them to her babies. That’s when Vera began walking, and they followed right behind her. Feet turned into yards which turned into miles. Nearly two miles later, Vera led them to a broken-down car near an abandoned house. As they peered into the car, there they were: Vera’s litter of ten adorable puppies! Sobry took Vera and her babies back to her vet clinic where the little family would heal together and eventually be put up for adoption once they’re fully healthy. While Sobry and Lianne did an amazing job rescuing Vera, the puppies wouldn’t have survived if it wasn’t for Vera’s unconditional love and dedication!