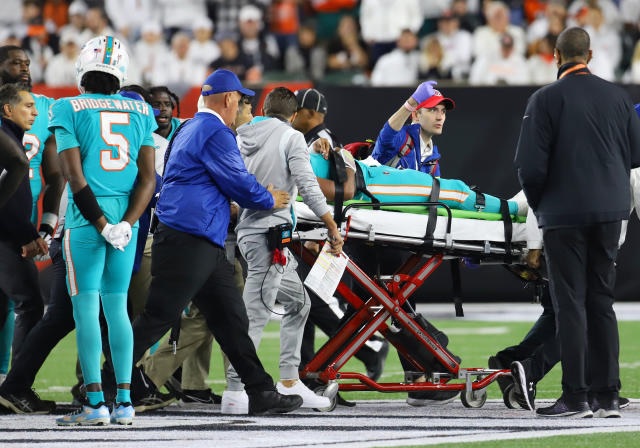 The NFL Players Association dismissed the unaffiliated neurotrauma expert who was responsible in treating Miami Dolphins quarterback Tua Tagovailoa after he was hurt during Sunday’s game against the Buffalo Bills. ESPN and multiple reports. Both the mentioned UNC and Dolphins team doctors were interrogated on Friday, the day after Tagovailoa was wounded again and had to be transported to the hospital after collapsing in a defeat to the Cincinnati Bengals.

According to the league, each Unaffiliated Neurotrama Consultant (UNC) is chosen and accredited by the NFL Head, Neck, and Spine Committee. They are in charge of assisting the team’s medical personnel in recognizing concussions.

The UNCs are also independent of the club for which they work and can request a game halt at any time if they feel a player has a head injury. Every NFL game features two UNCs, one on each sideline.

The concussion protocol states that athletes with “gross motor instability” can return to the field of play provided the instability was not caused by a neurological condition.