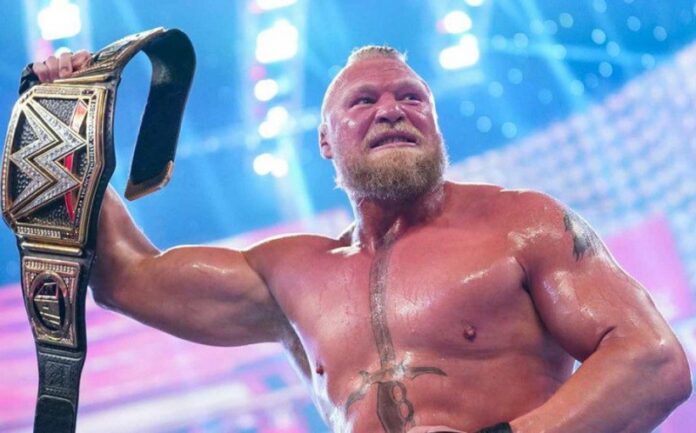 Ahead of WWE’s live event at Madison Square Garden on Saturday night, Brock Lesnar is opened up about his return to wrestling following the COVID-19 pandemic.

During a conversation with the New York Post, Lesnar, who will defend the WWE Championship at Madison Square Garden on Saturday, revealed that he was ready to retire in April 2020 after dropping out of a fan-less WrestleMania 36 at the WWE Performance Center in Orlando, Florida.

“The pandemic hits, and my contract was up, and so in my mind, I was retired and just settling into it,” Lesnar explained. “I grew my beard out, grew my hair out. This wasn’t some master plan. I just kind of went off the map and was OK with it.”

Lesnar added, “But I came back because I was asked very nicely, and I was compensated very nicely. I have a passion for it, this storyline for sure.”

Back in January, Lesner lost his WWE Championship match to Bobby Lashley thanks to interference by Roman Reigns. Lesnar will now choose which champion he wants to face at WrestleMania 38, which is set to take place April 3 at Texas’ AT&T Stadium.

Lesnar went on to confirm to the Post that while his time as a star of WWE isn’t done, his career as an MMA fighter is over. “That door is closed,” Lesnar revealed. “You know what, Dana White, the Fertitta brothers [Lorenzo and Frank] were exceptional to me.”

The 44-year-old continued, “I’m too old. That’s a young man’s sport, and that door is closed. I’m Brock Lesnar, the WWE Superstar.”.