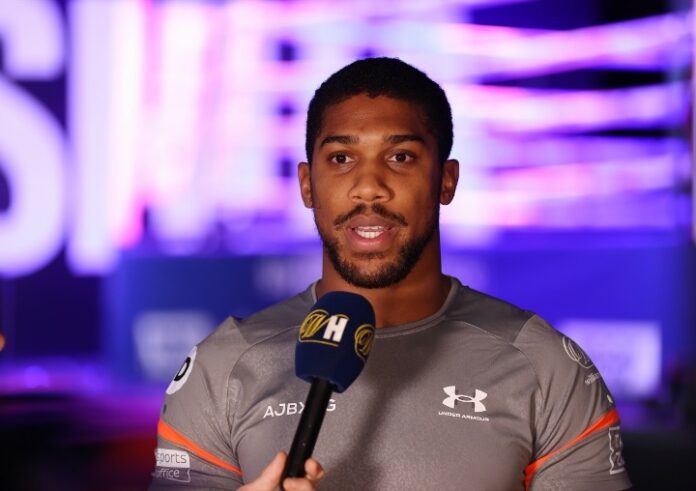 Anthony Joshua has promoted assistant coach Angel Fernandez to his head trainer ahead of his quest to win back his heavyweight titles from Oleksandr Usyk. Joshua lost his belts for the second time in four fights when he was outpointed by Usyk at the Tottenham Hotspur Stadium in September.

He faced criticism for his tactical approach to the second defeat of his career and began a search for a new trainer to potentially work alongside longtime coach Rob McCracken.

“I’m working with Angel Fernandez right now,” he told Behind The Gloves. “He’s been in my camp for the last three years anyway.” Asked if Fernandez would be his main trainer, Joshua replied, “Yeah, man”. Josuha had been pictured in Dubai training with Anthony Wilson and in the US training with the likes of Virgil Hunter and Ronnie Shields.

And his promoter and Matchroom Boxing boss Eddie Hearn previously admitted he thought it was time for ‘AJ’ to “move on” from McCracken’s Sheffield HQ.

“I feel it might be time to move on from that environment because when you’ve been there since you were 18 and you go into GB and Anthony Joshua is everywhere, he’s a god,” he said. “I just feel it’s time to rough him up a little bit, not in log cabins in the middle of nowhere. “But up there it’s ‘oh my God, it’s AJ!’ because they’re proud of him. Rob is not necessarily gone.

“That’s a conversation for those guys and it’s very difficult because is more than just a trainer, he’s a mentor to him, an advisor, a friend. It’s not just about who’s training him, it’s about where that’s going to take place.