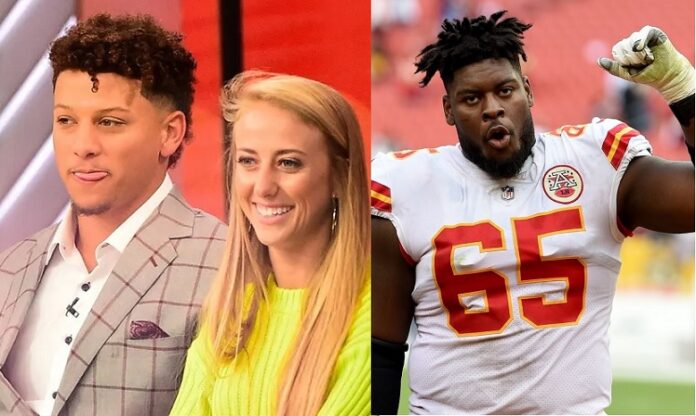 This time last year, Trey Smith spent a long three days waiting to hear his name called in the NFL Draft. In hindsight, I’m betting a bunch of teams regret not ending his vigil sooner. The Kansas City Chiefs finally drafted Smith in the sixth of seven rounds, making the Tennessee offensive lineman the 226th pick.

The 2022 draft started today April 28. There will almost certainly be candidates from Tennessee still waiting for the phone to ring into the seventh round on day three. They should take heart from the saga of not only Smith. Patrick Mahomes and his newly wedded wife Brittany, celebrated the life and career of Trey Smith on twitter by retweeting a video posted by Kansas City Chiefs.

Smith’s case, of course, isn’t typical. Were it not for the blood-clot issues that dogged Smith at Tennessee, he might have been a first-round pick. But even with a pre-draft clean bill of health, nobody wanted to gamble he could hold up for a long, productive NFL career.

Chiefs Kingdom is so honored to have you❤️ https://t.co/VqDwl90VX5

Smith was a starter on opening day. He played every snap of the season, 20 games worth, at right guard, the most snaps of any guard in the league.

Pro Football Focus named Smith to the NFL All-Rookie team. The publication also rated him the 12th best guard in the league and the fourth best rookie offensive lineman. The other three were first-rounders.