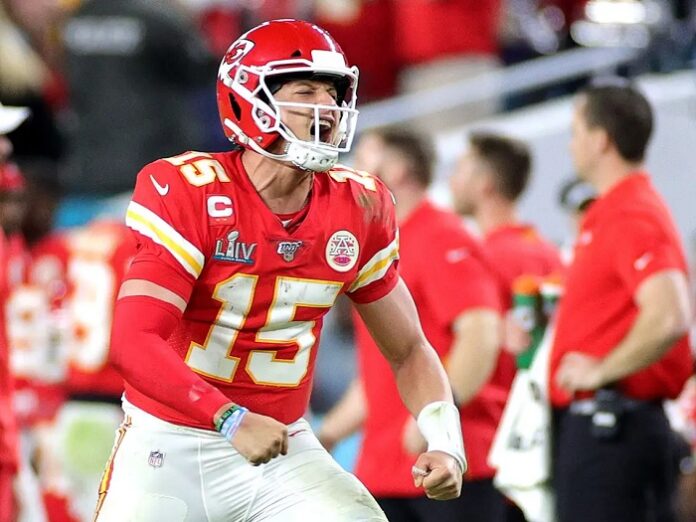 Breaking records is nothing new for Patrick Mahomes. The first quarterback to win league and Super Bowl MVP honors before his 25th birthday, the youngest quarterback ever to be named Super Bowl MVP when the Kansas City Chiefs won Super Bowl LIV, He equaled two other great quarterbacks, Dan Marino and Peyton Manning, in having 4000+ passing yards in three of their first four NFL seasons.

Mahomes is also the fastest quarterback to reach pretty much every record. The Chiefs superstar reached 10,000 career passing yards in 34 games, requiring two games fewer than previous record holder Kurt Warner. He threw for 9,238 yards and 75 touchdowns in just 30 games, a feat that made him the fastest quarterback to reach the combined milestone of 9000+ yards and 75 touchdowns. Mahomes has had a very successful career so far in the NFL, but there are still some records that have eluded him. Patrick Mahomes is not new to being under pressure as he has showed that he can only get better as he moves forward in his career and fans know that it’s only a matter of time before he breaks these records.

Below are some of the records Mahomes can break this season; The record for touchdown passes in a season is held by Peyton Manning of the Denver Broncos who threw 55 in 2013. The closest Patrick Mahomes has come to this record was in 2018 when he had a total of 50 TD passes and he is currently placed in the 3rd position behind Peyton Manning and Tom Brady. With a 17 game season, there is a higher chance for Mahomes to break this record.

The record for passing yards in a season is also held by Peyton Manning of the Denver Broncos who threw for 5,477 in 2013. Drew Brees has led the NFL in passing yards in seven seasons, more than any other quarterback in NFL history. Mahomes also came close to breaking this record in 2018 and is expected to break it very soon. Another record the has eluded Mahomes so far is the single season playoff passing yard held by Eli Manning. Manning threw for 1,219 yards in four playoff games during the 2011 postseason. He capped off his record-setting postseason by throwing for 296 yards and a score in New York’s 21-17 win over the Patriots in Super Bowl XLVI.

Although KC Chiefs lost important players like Tyrann Mathieu and Tyeek Hill, it is obvious they are not giving up just yet and are will and ready to continues to deliver with their recent signings